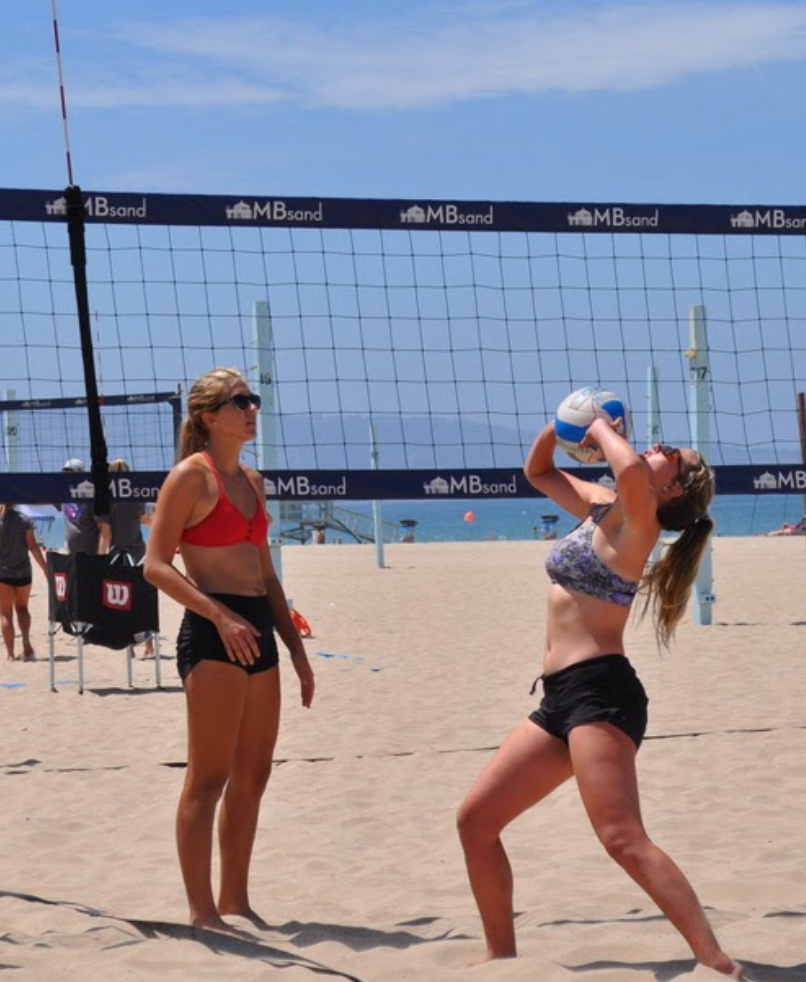 Many high school players are side setters, which may work indoors, but it can be problematic on the beach. Side setting is when you are more parallel along the net and vision is also more to the sidelines than the net and court in front of you. Many professional players have found immediate improvement to their game when they transitioned from side setting to vertical setting as it gives the setter several advantages and allows the hitter to have a clearer view of where the set is going.

Here are a few benefits to vertical setting:

To set Vertically get your shoulders square to where the attacker’s hitting shoulder’s contact location will be. In almost all circumstances, your shoulders face inside the antennas, putting you in a “vertical” position to be able to see what to do.

It can be challenging to change the standard set from side to vertical setting. We have found that tracking a couple key indicators will help the players logically see the benefits of vertical setting.

Example: I tracked 34 total setting attempts from Taylor and Anaya. I watched who was setting and gave them a “yes” or “no” evaluation on criteria 1 and 2 as well as whether it was a successful attempt to the desired contact location for the attacker.

On set attempt 1; Anaya (A) successfully lined her shoulders up to Taylor’s desired shoulder contact location. The set was successful in that it reached the contact location point. The statistical analysis that can be gained from this tracking will help you prove/disprove what set style is more accurate.

Please note: Although it is possible a player would find greater success with their bad habits now, they will have greater potential and less headaches down the road when they make sure to focus on the details and practice the right way in the beginning of their career.