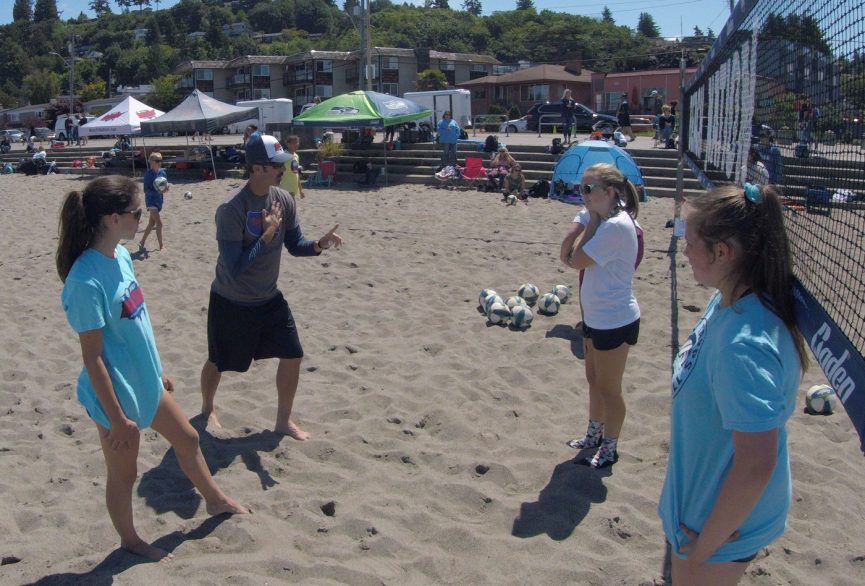 At Beach Nation we teach and believe that it is important for a team to consistently set up in the same spot on defense once the ball is put into play. This is irrespective of if the defender or their partner is serving.

Let’s focus on where the back court defender should start on defense and the four reasons why.

As soon as the ball has been served the back defender should move in to the deep middle of the court roughly 3-5 feet from the end line if they are not already standing there. Their shoulders should be facing the net and they should be in an athletic stance ready to move.

Consistency in beach volleyball is a theme we teach, and setting up on defense is no different. By starting out in the deep middle on defense you are giving nothing away to your opponents and are putting yourself in the best position possible to defend the on one and two attacks from your opponent. See you on the beach!

Todd Rogers is a Founding Coach at Beach Nation, the Official Beach Education Partner of the JVA. Todd is a 2008 Olympic Gold Medalist and Cal Poly Head Beach Coach Todd Rogers. He and his former partner, Phil Dalhausser, were the 2007, 2008, 2009, 2010, and 2011 AVP Tour Champions and 2008 FIVB World Champions.

The world class coaching staff at Beach Nation has unparalleled experience ranging from teaching the youngest athletes in club volleyball to winning the FIVB World Championships, winning an Olympic Gold Medal, and every level in between.