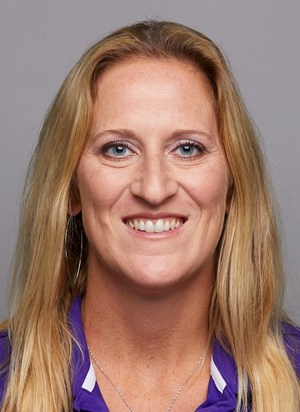 Kristen Rohr will enter her eighth season at GCU in 2022-23 after being hired as the beach volleyball program’s third head coach on Aug. 4, 2015. She brings a wealth of knowledge and passion for the game as a professional athlete and coach.

Rohr was picked by the American Volleyball Coaches Association as the 2022 Collegiate Beach Coach of the Year after leading GCU to its first-ever NCAA Championship appearance after receiving an at-large bid as the No. 7 seed in the 16-team field. The Lopes finished the season with a program-best 26 wins.

Rohr’s program has gone 122-63 (.659) under her direction and produced a pro player in Molly Turner. With Rohr coaching her for three seasons, Turner became a 2017 All-American, a beach volleyball national team member and the GCU Female Student-Athlete of the Year for 2017-18.

Prior to joining GCU, Rohr competed professionally in beach volleyball since 2007, ranking as high as fifth in the country. She began her career with the Association of Volleyball Professionals (AVP) and spent years on the National Volleyball League tour. During her career, she had a 10-tournament win streak and was a member of the top-ranked team in Florida for five years.

Additionally, Rohr was head coach of Cardinal Mooney High School in Sarasota, Fla., for five seasons, leading the squad to two district titles and two runner-up finishes. She co-founded the Coastline Volleyball Club team for high school athletes and served as its director and coach.

“Kristen brings a high level of expertise as a coach and a wealth of experience to run the business side of our beach volleyball program,” GCU Vice President of Athletics Mike Vaught said upon her 2015 hiring.

Rohr graduated from Kentucky in 2005 with a degree in family consumer science. During her collegiate career, she was a four-year starter for the Wildcats and was named All-SEC and team MVP. She received her master’s degree in counselor education from Capella University in 2011, graduating with a 3.8 GPA while being a member of the Chi Sigma Iota Honor Society.

Rohr competed at Venice (Fla.) High School, leading the team to a state championship and being selected as MVP during her junior and senior years.