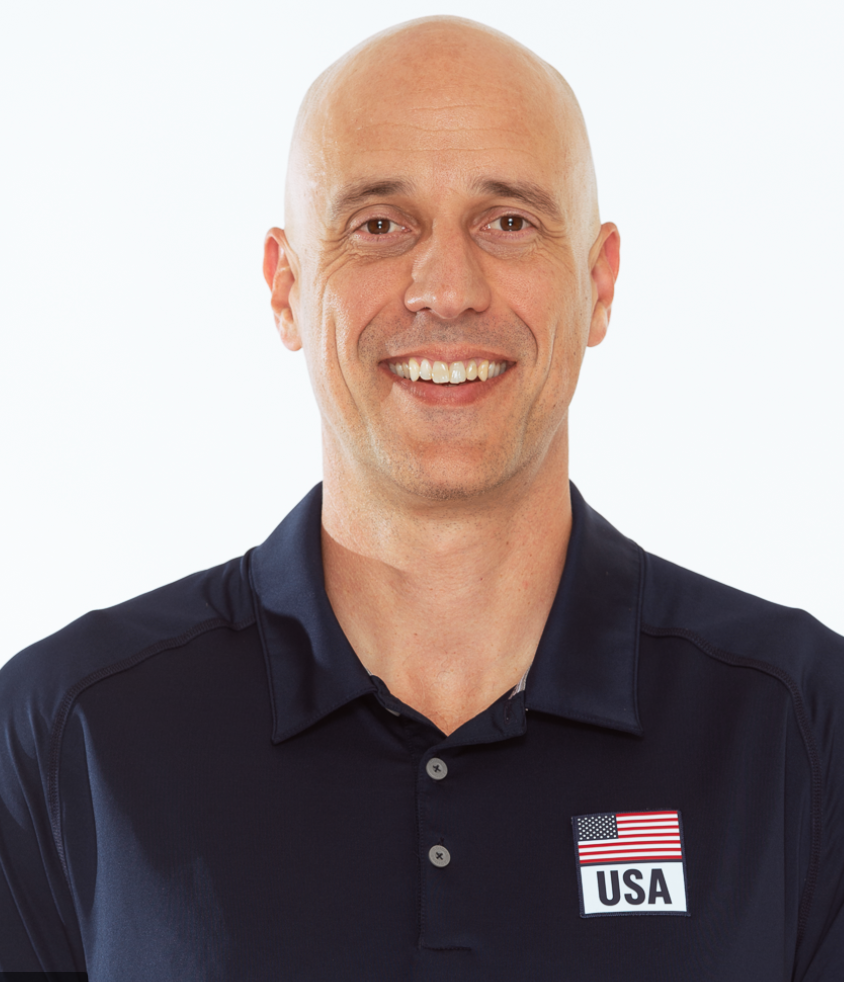 USA Men’s National team Head Coach and UCLA head men’s volleyball coach. He has produced three NCAA titles and a 2016 Olympic Bronze medal finish. During his collegiate coaching career he has been named the American Volleyball Coaches Association (AVCA) Coach of the Year, the Mountain Pacific Sports Federation (MPSF) Coach of the Year and Volleyball Magazine Coach of the Year. In 2018, he was inducted into the Southern California Indoor Volleyball Association Hall of Fame.
Speraw was the first individual to win an NCAA MVB championship as a head coach (2007, 2009 and 2012 at UC Irvine), an assistant coach (1996, 1998, 2000 at UCLA) and as a player (1993 and 1995 at UCLA).
Speraw has an extensive coaching resume with the U.S. Men’s National team. After serving as Assistant Coach for the 2008 (Gold in Beijing) and 2012 Olympic Games (advanced to the quarterfinals at London), Speraw was elevated to head coach of the U.S. Men’s Volleyball National Team in March of 2013. The U.S. qualified for the 2016 Olympic Games by winning the 2015 World Cup competition and went on to capture the Bronze medal at the Rio Games.