John is known for his coaching innovation through positivity, motivation, incorporating motor learning with cognitive development and keeping learning fun. Until a few weeks ago John served as USA Volleyball’s director of sport development.  Kessel has “strived to help all coaches become more efficient, positive and creative, no matter what level – from the elementary school level to USA National Team programs”.  We are now thrilled to have John add his leadership as Beach Nation teaches players and coaches across all talent levels with elite curriculum, technique, attention, making learning and to further develop beach and sand coaching for coaches. He is an author of over 12 USAV books, including the IMPACT coaching manual (now in its 33rd edition), the Jr. Olympic Volleyball Program Guide, and  Minivolley 4 Youth . His blog called “Growing the Game Together” has been the second most popular blog of the hundreds found on the US Olympic Committee’s Team USA website. He is an administrator of the nearly 25,000 closed membership Facebook page “Volleyball Coaches & Trainers”.

Here are just a few of John Kessel’s highlights:

·        Clinics in over 65 nations, all 50 states, for 25 different international sports, and many different professional sports including NFL, MLB and NHL.

·        In 1995 Volleyball Magazine special centennial issue named him one of the 50 most important people in the world in the sport’s first 100 years.

·        In 2013 the American Volleyball Coaches Association inducted him as their 60th ever member of the AVCA Coaches Hall of Fame.

·        In 2019, Colorado College, his alma mater, awarded him the school’s highest honor, the Louis Benzet award in recognition of his influence in shaping the lives of players and coaches around the world and his achievements in advancing and elevating the science of teaching and coaching.

·        In 2022 he has spent three months developing the Bonaire Volleyball Federation indoor and beach programs for youth to national team level as an FIVB outreach project.

He is Secretary of the NORCECA Technical and Coaches Commission, and Director of Development for World ParaVolley. He was Team Leader for the 2000 USA Olympic Beach Volleyball Teams in Sydney, which brought home one gold medal, and for the 2004 USA Paralympic Women’s Sitting Volleyball Team in Athens, which came home with the bronze medal. His son Cody is in his 7th year of professional volleyball, currently with the German Bundasliga champions – Berlin Recycling, and a member of the 2nd place 2022 VNL and 5th place World Championships USA Men’s National Team.

His main goal is to help make all coaches more efficient, positive and creative, no matter what level – 7 year olds in an elementary school program or National team players and programs. He challenges old ways of thinking and help coaches create what they need, while having fun in the process. John has a BA in Biology and Economics received from The Colorado College in 1974. He now is cofounder of Bison Peak Lodge at Puma Hills – a healing retreat for veterans and first responders, at 9,000 feet in the Tarryall Mountains and hour west of Colorado Springs – www.pumahills.com

After 35 plus years with USA Volleyball, John will now help guide Beach Nation’s transition from beach athletes and coaches to now include doubles volleyball on grass as well.  John remains heavily involved in the FIVB, NORCECA, World ParaVolley, US Center for Coaching Excellence, Starlings Volleyball USA, and learning and teaching volleyball in less traditional areas to grow the game and facilitate opportunity. Beach Nation will follow his lead on these and other focus areas. 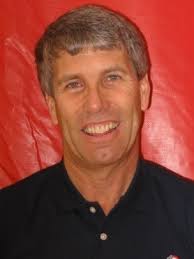