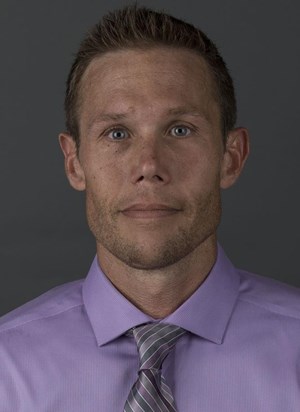 Bringing over 20 years of coaching experience both on the indoor and beach side, Joe Rich was hired as assistant coach in July of 2021 and is in his second year with the program.

In his first season in 2022, Rich helped the Mustangs win a Big West Championship and make the NCAA Tournament. He also helped coach three Mustang pairs who earned All-Conference honors as well as see Ella Connor be named Big West Freshman of the Year.

In the summer of 2022, Rich served as the head coach of the U.S. Men’s Beach Collegiate National Team.

Rich arrived at Cal Poly after having spent the previous four seasons as an assistant coach at Grand Canyon University. With the Lopes, Rich helped the program be ranked in the AVCA Top 20 for three straight seasons including climbing into the Top 10 multiple times.

Over the last four years, Rich has given several presentations at the AVCA Convention for beach volleyball on offsense, defense, coaching cohesion and leadership.

As a player, Rich played indoor volleyball from 1991-95 and was a All-Marine Volleyball Team and All-National Military Team selection. In 1996 he made the transition to the beach and played professionally on various professional leagues like the AVP, EVP, MVPVA, and Cuervo Series, ending his playing career in 2018.

Since 2000, Rich has coached indoor volleyball players that are transitioning to the sand courts, mentoring them in their transition and coaching them on the slight differences between the ways athletes approach each game.

From 2013 to 2016, Rich coached at DEVA and Epic United Volleyball Club and owned Diggz of NWI, which operated seven indoor volleyball courts and two sand volleyball courts. Rich also acted as the club director and as an instructor to players of the club.

A native of Wheaton, IL, Rich attended Purdue University where he received his degree in Liberal Arts History and English.